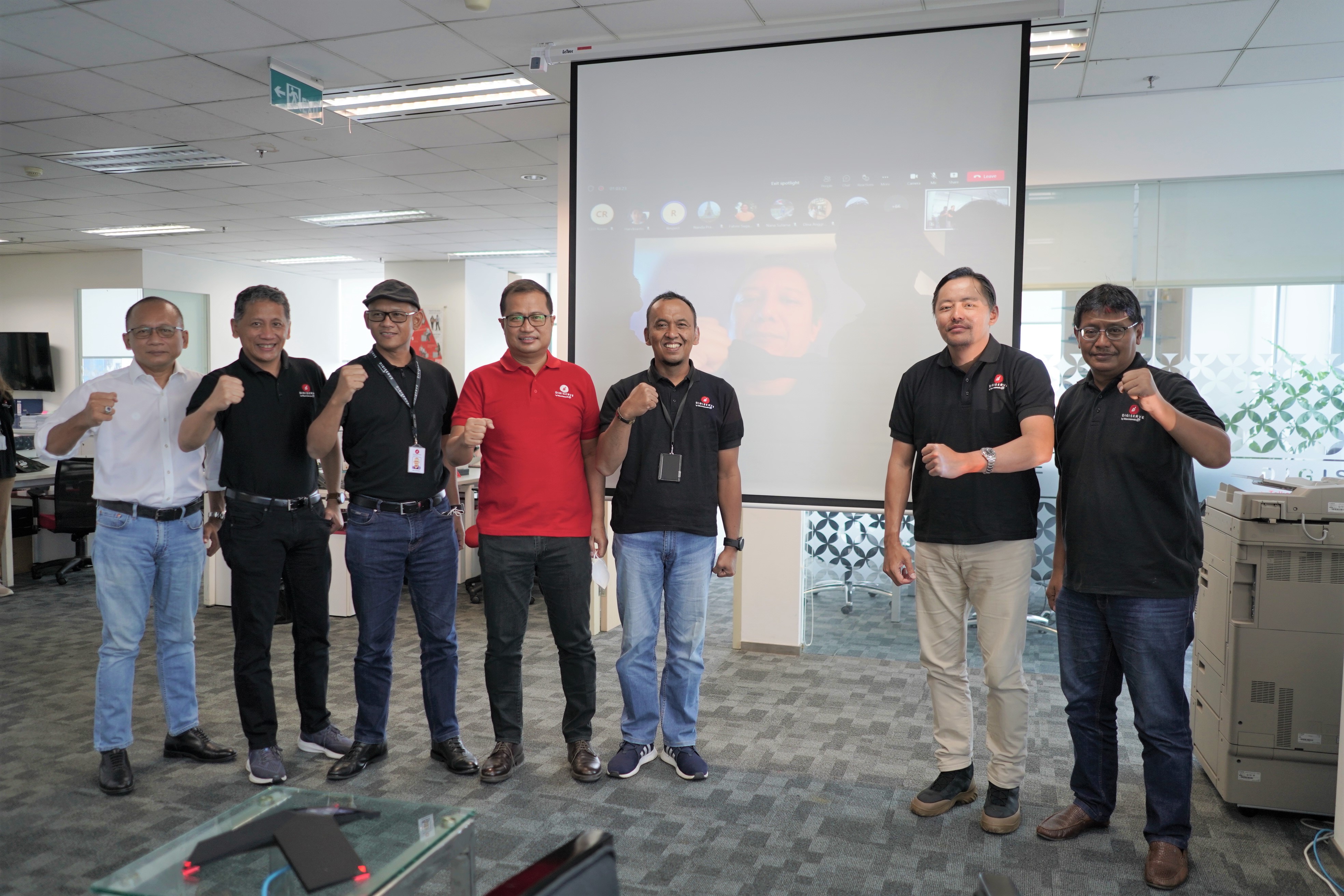 JAKARTA, 4th April 2022 – The management of PT Digital Aplikasi Solusi or better known as Digiserve by Telkom Indonesia held welcome and farewell ceremony for the company’s Board of Directors and Board of Commissioners. With the change in the management structure of the company, it is expected that Digiserve will be more prepared to provide the best products and services for its customers.

“Until February 2022, Digiserve is on track as planned. Hopefully, the leadership transitions will be the new spirit so that in 2022 we can grow even better in achieving the targets that have been set while carrying out the business plans that have been entrusted to the company management,” explained Hartono when opening the farewell ceremony.

Furthermore, Budi Setyawan Wijaya, former President Commissioner of Digiserve expressed his gratitude for the support that has been given during his tenure so that Digiserve managed to get through the company’s dynamics ups and downs in business. Budi also expressed his expectation that Digiserve could develop much better in the future, especially since it has full support from the Telkom Group in terms of digital connectivity services.

Meanwhile, Alexander B. Soetanto, former Commissioner of Digiserve explained that the transformation carried out by the company had actually been thought about for a long time but only recently became possible. With a 100 percent ownership stake by Telkom, it is expected that Digiserve will be able to accelerate in the future.

Agus F. Abdillah, former Director of Sales and Operations at Digiserve said that the initial idea of ​​forming the company through synergy with Telstra Australia was to accelerate Telkom’s digital transformation. However, due to the dynamics that are quite long, so that just in August 2021 that the company’s ownership has been transformed into the full ownership of Telkom.

“The transformation of the company’s share ownership has led to a commitment from Telkom to make Digiserve a vehicle for digital connectivity. So that it can become the basic foundation for Digiserve to be even better. Moreover, with the new Board of Directors and Board of Commissioners, it is hoped that Digiserve can be superior in the market both in terms of service and the whole company,” said Agusfa.

The company’s recognition in this market is based on the Customer Satisfaction and Loyalty Survey (CSLS), where the level of customer satisfaction with products and services using the Net Promoter Score (NPS), Digiserve gets a score of 73%, above the industry average of 42%. So that service must be maintained because it is a value for Digiserve customers.

Dedi Suherman, the new President Commissioner of Digiserve said he would dedicate his time to helping the entire Digiserve team. “As a commissioner, it is our job to supervise but according to the company’s culture, apart from supervising, we will cooperate and assist the management, thus making Digiserve grow and develop according to the direction of the shareholders and Telkom management,” explained Dedi.

Sihmirmo Adi, the new Commissioner of Digiserve said what will be developed at Telkom in the next 3 years will carry out IT transformation, including the implementation of cloud native and digital workplace (DWP) for the employee work environment. It is expected that this transformation can be supported by Digiserve through competency development in accordance with the needs of the transformation

Meanwhile, Buddy Restiady, who just appointed as Director of Finance and Risk Management at Digiserve, hopes for help from Digiserve colleagues and the Board of Directors and Board of Commissioners, to learn a lot about Digiserve. “As the new management, I ask for direction, assistance and cooperation from BOC & BOD and Digiserve colleagues. Hopefully we can take Digiserve in a better direction,” said Buddy.

Meanwhile, Pramasaleh Haryo Utomo, President Director of TelkomMetra as the representative of the majority shareholder of Digiserve explained that currently Digiserve is in the right position after completing transformation smoothly. This can be seen from the company’s performance year to date in February 2022 which has reached its target.

After transforming into Digiserve, the company is expected to be easily accepted in the market and can maintain and even increase the Net Promoter score.