Telkomtelstra is Officially Transformed to Digiserve by Telkom Indonesia 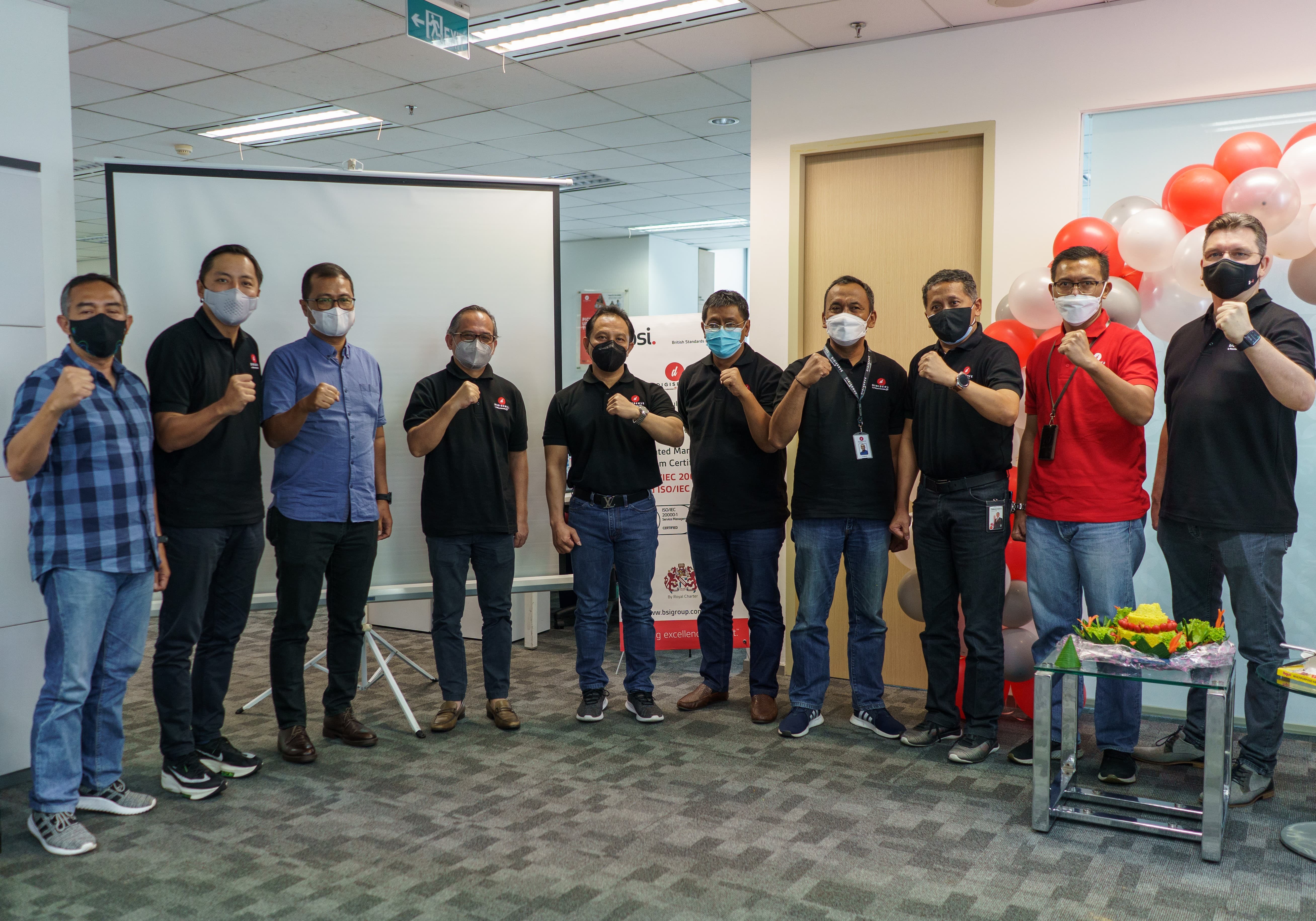 JAKARTA– Telkomtelstra (PT Teltranet Teltranet Solusi) has officially transformed to Digiserve by Telkom Indonesia (PT Digital Application Solusi), after its ownership was acquired by PT Telkom Indonesia (Persero) through TelkomMetra in 2021. With this transformation, Digiserve is increasingly supported in developing services with the belief to strengthen the customer’s business in achieving better results.

The transformation process to Digiserve was officially announced to coincide with the celebration of the 7th Anniversary of the company’s establishment. The event also announced the company’s new leader, Ahmad Hartono, who was appointed by the company’s shareholders to be the President Director of Digiserve.

In addition to the announcement of the new management, the company’s transformation process was also marked by the inauguration of the new name and logo, namely Digiserve. The logo with the letter “d” as a symbol describes the business that will be the focus of Digiserve’s business.

Digiserve consists of two words that symbolize the company’s commitment. DIGI as a digital company that is a leader in the Digital Transformation Journey for customers and companies in Indonesia through superior digital transformation products.

While SERVE is a corporate culture that is the company’s commitment to serving, through the main values, to simplify business, empower all people within the company, respect our planet with green and responsible digital technology, value our people and culture of doing business and excite the market.

Edi Witjara, Director of Enterprise & Business Service PT Telkom Indonesia enthusiastically welcomes the transformation as well as the appointment of the company’s new management. “Firstly, happy 7th anniversary for the company. Secondly, I would like to thank the previous management for laying the foundation for the company that Digiserve is now continuing. lastly, welcome abroad for new management who must be able to continue the existing business plan and be prepared to answer business challenges, especially cloud and security services that have characterized the company so far,” he said during the inauguration of the company’s transformation to Digiserve which was held on a hybrid basis in Jakarta.

Edi emphasized that this transformation will provide new enthusiasm, new business and must be interpreted as an effort to provide much better results. “The leadership abilities will be tested, and has to embrace all parties. The demands are getting higher, bringing the company to a higher class. The most important thing is the right moment for the new management to run fast, considering that the enterprise business has not been yet been fully captured, even though the market potential is very large,” he explained.

Budi Setyawan, Director of Strategic Portfolio of Telkom Indonesia also President Commissioner of Digiserve have high hopes for the transformation of the company. “With a new logo, new spirit and new directors, I believe that a better future for Digiserve’s business will soon be realized,” he said.

Budi admitted that since serving as the company’s President Commissioner in July 2020 and now transforming to Digiserve, there’s been a lot of dynamics going on. However, with compact and professional teamwork, everything can be passed well and the company’s business can develop quickly.

“I see the key is in the professional teamwork. Starting from top management to the bottom, all prioritize professionalism. Whatever we can do, we must do it immediately. This is a message for the new President Director and his team,” said Budi.

Pramasaleh Utomo, President Director of TelkomMetra stated that as a shareholder, TelkomMetra will support Digiserve, especially in providing the best service to customers. “TelkomMetra is also committed to overseeing the Digiserve business plan both this year and next year so that it can be realized immediately. In addition, TelkomMetra also supports the implementation of Good Corporate Governance (GCG) by Digiserve, which has become part of SOEs,” he explained.

Pramasaleh added that the most important thing is the customer experience is well maintained. Providing experience that exceeds customer expectations so that the Digiserve brand will be increasingly recognized because it is the hope of all parties, both TelkomMetra and Telkom Group.

The inauguration of the company’s transformation was also attended by Alexander Boediono as Commissioner of Digiserve and Agus F. Abdillah as Director of Digiserve.

Meanwhile, Ahmad Hartono, President Director of Digiserve who was appointed as head of the company who previously served as Director of Finance & Risk Management of PT Finnet Indonesia which is also a subsidiary of PT Telkom Indonesia through Telkom Metra, said that “For me this job assignment is an honor, so that I will maintain and carry out this mandate as well as possible,” he said.

Hartono believes that Digiserve will grow into a big company. The key lies in synergy and collaboration. On the other hand, he will also maintain and continue a well-prepared business plan, as well as maintain a well-established corporate culture and reputation.

“My plan is first to secure the 2021 performance. Second, we will secure the mandate that has been given so that in 2022 we can accelerate Digiserve take off, becoming a big company globally. I agree with the statement from the previous management that we have gone through 7 years of thin financial performance. Now we will enter a period of growth and fat financial performance in the next 7 years,” he explained.

Meanwhile, Erik Meijer, who previously served as President Director of Telkomtelstra, expressed his gratitude to the company’s customers, the entire board of directors and commissioners, as well as Telkomtelstra employees who have supported him in running the Telkomtelstra business for the past 6 years. “The company’s business has grown significantly. Customers are happy with the excellent service from the company, proven by higher-than-industry Customer Net Promoter Scores, and the employees can be proud of what the company has achieved, “he said.

Erik mentioned he is proud of the corporate culture of openness, sharing, team-spirit, young mindset and full integrity that was formed during the first 7 years of the company’s existence. He also made a special mention of the company’s award-winning efforts on gender diversity in the workplace, and the Youth Council that provides valuable inputs to management.

Erik expects that Digiserve will continue to grow rapidly because the enterprise market for network, cloud and security services – which are the company’s main areas of focus – is very large, rapidly growing, and still under-developed.